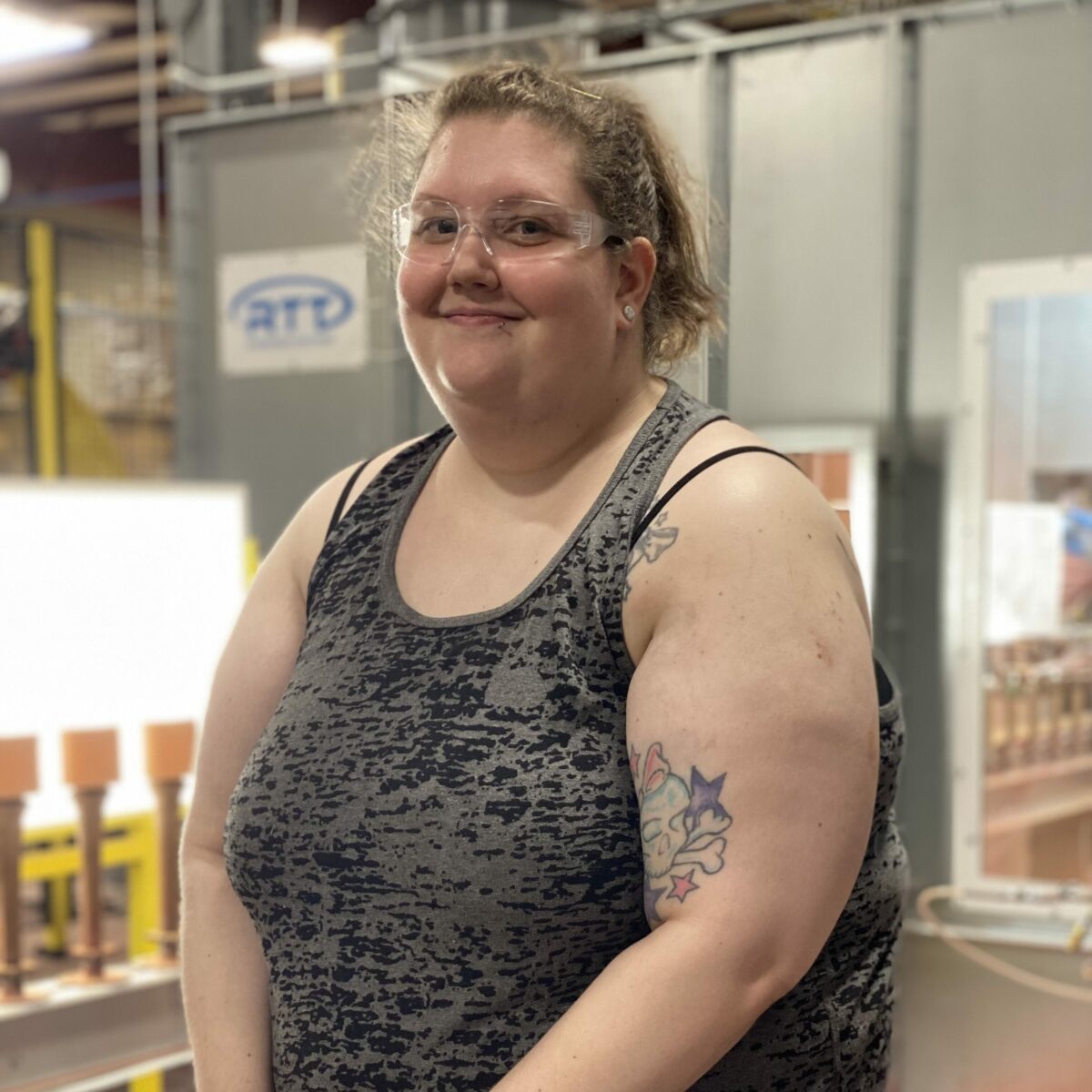 Ieisha Gordon was selected as this upcoming month’s employee highlight! Ieisha is a dependable employee who constantly challenges herself to grow with JAFE. Her self-growth and aspirations to “be kind” to all her fellow employees made her a prime candidate as our August highlight.

Dedication from the Beginning

Three years ago, Ieisha applied at JAFE and began as a line worker. Her supervisor, Jacob aka Dr.Phil (inside joke amongst third shift), noticed her potential as quality inspector. He suggested she apply for the quality position, but instead, Ieisha became a Paint Technician.

The third shift attitude at JAFE aligns with Ieisha’s mindset of being kind and always listening to people. She describes her coworkers as trusting and problem solvers. She states that if anyone has questions or needs help, then anyone on third shift would listen and assist.

Ieisha’s 10 year goal at JAFE is to learn as many roles at the company as possible. She enjoys challenging herself to grow in different areas, for example, when she temporarily assisted the Screen Print Department. Ieisha enjoys learning about numerous areas around JAFE because the job differences are a good change of pace.

Thank you Ieisha for being a model JAFE employee! We are honored that you chose to “Grow with Us”. Congratulations!